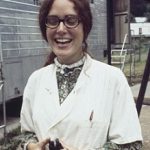 My first job as a nurse practitioner began around 1975, in a Briceville, Tenn. community-run clinic housed in a trailer and managed by a local board chaired by the venerable Byrd Duncan. A handful of other new nurse practitioners were working their own clinics, 20 or 30 or 50 miles away. Occasionally, we could cover for each other.

I was up in the Clear Fork clinic one afternoon when a 9 year old girl came in with her dad, a notorious strip miner. He’d fought against building the clinic from the beginning, so I was surprised to see him coming in to use the clinic services. But it’s a good thing he did. He and his daughter had been tramping around the woods and bumped into a nest of yellow jackets. The child had been stung around the head and neck. She was beginning to swell and pant. Her dad intended to take her to the Jellico hospital, but that was another 45 minutes away down a winding mountain road.

He was desperate. And I was a novice. I tried calling the Jellico ER for advice but the phones were down. I frantically tore through the onion skin pages of Nelson’ Pediatric text book looking for “Management of Anaphylaxis in a 9-Year-Old Child”. Her blood pressure was falling. The text book did not yield to my panic. I had to make an educated guess at the epinephrine dose. When I leaned over to give it, I saw she had crossed her fingers. I might have given another dose of epinephrine when I finally got through to a doctor. He helped us all through the next 2 hours with advice and solace. The child stabilized. Eventually, she got scheduled for bee sting desensitization.

For several years after that episode, the family sent me a card on their daughter’s birthday, thanking me for saving her life. So many great things about that story, and still unnerving. But one totally unpredictable outcome: the clinic got a grand new advocate in that little girl’s dad.