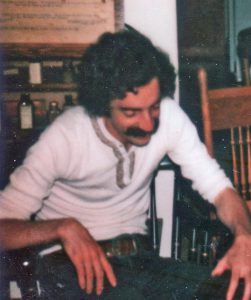 Irwin Venick worked with the Appalachian Student Health Coalition and the Center for Health Services in the 1970s, eventually becoming a lawyer in Nashville, Tenn. The series includes subject files on social and environmental issues in Tennessee and the South, authored by people associated with the SHC, as well as reports written in 1980 on primary health care in Tennessee, which Venick helped complete. Other materials include a group photograph that possibly depicts the extended family of Byrd Duncan, a community leader who was instrumental in organizing Health Fairs, and the Briceville Health Council; photographs from a community event in west Tennessee featuring Square Mormon, an African-American community leader; photographs of the Urban Student Health Coalition Health Fair; and miscellaneous papers.