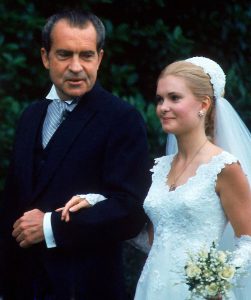 Deede Wyatt participated in the Student Health Coalition (SHC) as a Vanderbilt University nursing student in the 1970s. Her time at Vanderbilt overlapped with a September 1972 visit by President Richard Nixon’s daughter, Tricia Nixon Cox, who met with an elderly group and with the SHC while in Nashville. The series contains newspaper clippings about Cox’s meeting with the SHC, which covered national health care, the specific health concerns of coal mining communities in rural Appalachia, and President Nixon’s health care plans. Also included are materials about protests organized by former SHC members, including Deede Wyatt, who believed Cox’s meeting with SHC to be a publicity stunt orchestrated by Vanderbilt and the Nixon administration during an election year. The group also had concerns about the motives and effectiveness of the SHC, and a notable item in the series is a press release expressing the views of the protesters and their concerns about the SHC.