The third health fair of the summer of 1974 was held in Robbins, Tenn., a small rural community of 2000-2500 people located in the southwest corner of Scott County. The previous summer, the SHC had held a health fair in Norma, a 30-minute drive from Robbins, located in the same county.

There was little reason to return to Norma, however, because a clinic was soon to be up and running there, complete with a nurse practitioner and a doctor. But it was believed by the Norma Health Council that a health fair in nearby Robbins would help to build health awareness and a clientele for their new clinic. It was the Council’s president, Raymond Jeffers, who first suggested to the SHC that the people of Robbins might be interested in having a health fair.

In early March 1974, two of the SHC’s directors traveled to Robbins to gauge local interest in sponsoring a summer health fair. They were greeted by a large gathering of 60 people, who were excited about the prospect of a health fair being held in Robbins and voted unanimously to invite the SHC into their community.

The SHC community workers assigned to Robbins for the summer, Cathy Welsh and Dale Strasser, arrived in May. With the help of local residents, they began preparing for the health fair to be held at the Robbins Elementary School. When the medical team arrived, 1200 exams were completed during a six-day health fair.

In 1980, the Student Health Coalition was asked to return to Robbins by the Highland Health Council. Momentum had stalled on establishing a clinic there, even though construction of the building to house the clinic was nearly complete. In 1978, the Health Council applied to join the Mountain Peoples Association, administering a network of three clinics. With the support of Mountain Peoples, federal money was requested to finish construction of the clinic, to stock the clinic with equipment and supplies, and to hire a nurse practitioner to staff it.

The SHC was invited back to Robbins to rekindle enthusiasm and to revitalize the local health council. Sabrina Cherry and Karen Sorenson were the community workers assigned to do organizing in Robbins and to prepare for the health fair. This one-week health fair was held in the nearly completed clinic, which had been largely abandoned and was overgrown with weeds. By the summer’s end, however, there was cautious optimism that the Highland Health Center would eventually become a reality. 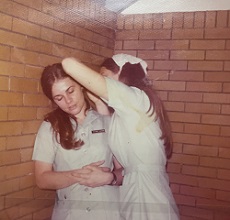 Contributed by Diane Lauver, February 2018 Growing up, I was close to my paternal grandparents; they lived in a pastoral valley looking at Appalachian hills in a northern state. With their 8th grade educations and practical wisdom, they taught me… Continued 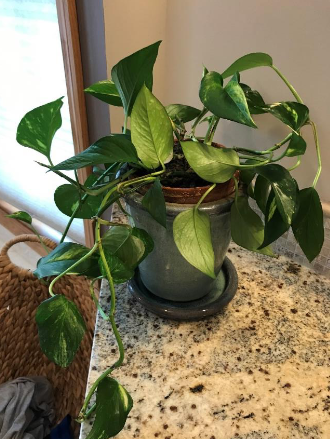 During a health fair in the 70s, I stayed with a couple in Elgin, Tenn.: Reba and Bud Smithers. Another health fair worker, Angela, stayed with me at their home. A few experiences with this couple left me with strong… Continued