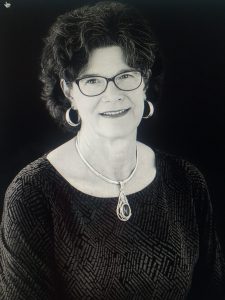 My experience with the Student Health Coalition (SHC) was working as the first “Staff Assistant” at the Center for Health Services (CHS), from approximately 1974 – 1976.  The staff of the Center included Bill Dow as Director, a secretary, and me.  I was hired by Bill primarily to work on identifying grant possibilities for the Center and for the SHC (as a resource for the community clinics), to write grant proposals, and to provide a liaison with the Development office at Vanderbilt University.  Bill disliked dealing with the Development office but recognized the importance of the university relationship for purposes of reassuring foundations and other funding agencies that there was a stable institutional identity to protect their investment. One of our most successful efforts during my tenure was the Robert Wood Johnson Foundation grant.  In about 1976, Bill gave up his duties as Director, and Dick Couto assumed that role.

Mutual friends introduced me to Bill when I returned to Nashville in 1973 after spending a year working in France.  I was eager to be involved in some kind of social action, and was familiar with the Coalition through my college suitemate Betsy Scott, who worked with the SHC for 2 summers.  Bill and I shared a background of growing up in small towns in Mississippi and attending Vanderbilt as students.   An English major, I had no interest in a health related career but was toying with the idea of law school.  I was interested in the work of people like John Williams and Pat Kalmans — legal and para-legal type research to benefit the communities.  Being associated with “the projects” and the community health clinics, even in an administrative support role, was attractive.

With Bill’s encouragement, I spent as much time as possible in the field– i.e., visiting the communities and getting to know the people there, to understand what we were trying to support.  I became especially close to the McKamey family in Stoney Fork.

Besides working on grant proposals, I spent much of my time trying to help set up the administrative structure of the Center. The challenge was to find the balance between establishing an institution to provide information and financial resources to the clinics and community groups,  and an identifiable organization for the Medical Center and the Development Office to work with, while respecting the independence of the actual projects.  Our Board members intentionally included community people, students, university representatives, and academics.  There was always a political element to our activity, i.e.., trying to figure out how to embrace a relationship with the university without becoming a university-directed project.  This caused no small amount of friction, but I think the balance was in large part accomplished.

I left in the fall of 1976 to attend law school.  I ended up working in the private sector as a lawyer, and continued my commitment to public interest law throughout my legal career through pro-bono activities of the state Bar and the Mississippi Volunteer Lawyers Project.  Without question the experience of working with “the projects” profoundly influenced my personal and professional life, instilling in me the importance of community-based, grassroots leadership in any meaningful social action.