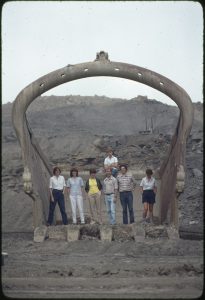 SOCM began in 1971, under the leadership of J.W. Bradley who sought fair taxation of absentee land corporations. They appealed to the Tennessee government, and won their first battle. Bolstered by their success, the organization then hoped to help local communities with other issues they encountered. These prominently included fighting against strip mining in the area primarily against Amax Coal Company who had secured a grant to mine the area. SOCM fought for the rights of land owners who at the time had little protection against mineral extraction on their properties. Achieving much these first few years, SOCM then voted to support many other issues besides coal-mining. Since then much of their work has involved working with African-American organizations to dismantle racism, fair taxation, and has continued its fight against coal. In the last decade fight against Mountaintop Removal (MTR) strip mining. Since changing its name to better match its work, to Statewide Organization for Community eMpowerment in 2008 the organization has been  “a powerful, multi-racial, statewide organization to work for economic, environmental and social justice issues in our local communities, our state, and our nation.”