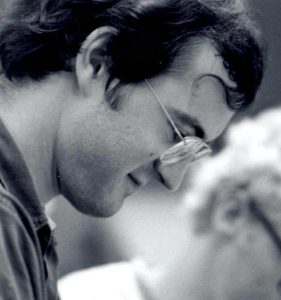 I am the eldest son of a Southern couple who moved north for employment after World War II.  Every June, my parents would “go home,” loading their three boys into a station wagon with no air conditioning and traveling hundreds of miles down US 1 from New Jersey to Georgia to visit our numerous kin.  The South became for me an exotic land of outlandish characters, hilarious stories, and buttered biscuits – lots of biscuits.  When the time came to look at colleges, there was no question of where I’d be going.  I was headed to Dixie.

I had a youthful dream of becoming a doctor.  Colleges with medical schools were the only ones I considered, with the University of North Carolina rising to the top of my list.  But a friend of my parents had a son who was studying pre-med at Vanderbilt.  He agreed to host me in Nashville for a few days.  After sitting in on classes and hanging out in the newly built dorm at Carmichael Towers with a beer in hand – lots of beers – my plan to attend UNC got derailed.  I enrolled at Vanderbilt in 1967.

My plan to become a doctor soon got derailed as well.  Mediocre grades in science were certainly a culprit, combined with the magnetic pull of subjects like philosophy and literature for which I had a greater aptitude.  Equally significant were the tumultuous events of 1968.  Robert Kennedy gave a speech at Vanderbilt in March and happened to shake my hand as he left Memorial Gym.  Three months later he was dead.  In between, Martin Luther King Jr. was assassinated in Memphis and my mother died of lung cancer at the age of 42.  Their passing nudged me in a new direction, personally and politically.

By the time Bill Dow came calling in 1970, looking for community workers to spend a summer in Appalachia, I was majoring in philosophy while spending most of my time out of class working against the Vietnam War or serving as a youth counselor at a community center in an African-American neighborhood in Nashville.  My friend and fellow philosophy major, Dick Burr, had drawn me into both.  He was also the one who told me about the Student Health Coalition (SHC).

My decision to join the SHC was rooted in an idealistic desire to work among the poor for social change and a disappointed realization that white do-gooders like me were becoming less welcome in Black communities.  I was almost surely caught up, as well, in the New Left mystique of the Community Organizer, sort of smitten with the whole idea of being one of those heroic figures who rally the Have-Nots in their eternal struggle against the Haves.

I spent two summers with the Student Health Coalition, 1970 and 1971.  Teamed with Karen Blaydes, I was assigned to Briceville, Tenn., a former coal camp and company town located a few miles west of Lake City.  Most of our time went into supporting a local health council, led by a retired miner named Byrd Duncan.

After graduating from Vanderbilt, I returned to East Tennessee.  Living in Lake City, just up the road from the raucous SHC farmhouse known as the “Ponderosa,” I spent several years as the executive director of a federally funded child development program that provided daily services for 500 low-income kids throughout the county.  I moved away in 1976, enrolling in a graduate program in development sociology/city & regional planning at Cornell University, eventually earning an M.S. and Ph.D.

My subsequent career took me far afield from places and issues that had dominated my years in Tennessee.  Instead of remote rural areas, my work occurred mostly in urban settings.  Instead of health care and human services, my teaching, writing, and professional practice focused mostly on affordable housing.  A more ironic departure from my SHC days, given how often we had found ourselves battling public officials, was the decade I spent as a public official myself, hired as director of housing for Burlington, Vt. while Bernie Sanders was mayor of the small city in which I still reside.

Other aspects of my long-ago involvement with the SHC had a more enduring influence.  I was introduced to some of the finest people I have known, many of whom are still around to keep things light.  I was taught to listen, especially to people with little education but much to teach.  I was forced to see that I didn’t know squat about community organizing.  But I got better over the years, building on what I had witnessed watching people like Marie Cirillo, the folks at SOCM, and the founders of Highlander, organizers who actually knew what they were doing.

It’s funny to realize that, in a roundabout way, the SHC also led me to the community land trust, a model I’ve spent the past 35 years promoting.  It was so obvious in Appalachia that people were poor and powerless, in part, because distant corporations controlled the land beneath their feet.  It took me a long time to understand that land still matters in cities as well, where impoverished people are inevitably pushed aside whenever someone richer has plans for it.  But, then, I’ve always been a slow learner.

“We lived with a coal burning stove and kept our provisions in gallon glass jugs against the mice.”

[Story contributed by Margaret Ecker, RN, MSN] Sometime around 1975, local friends in Lake City offered us newly minted community organizers this abandoned house for a dwelling. We lived communally, our numbers fluctuating with the season. We lived with a… Continued 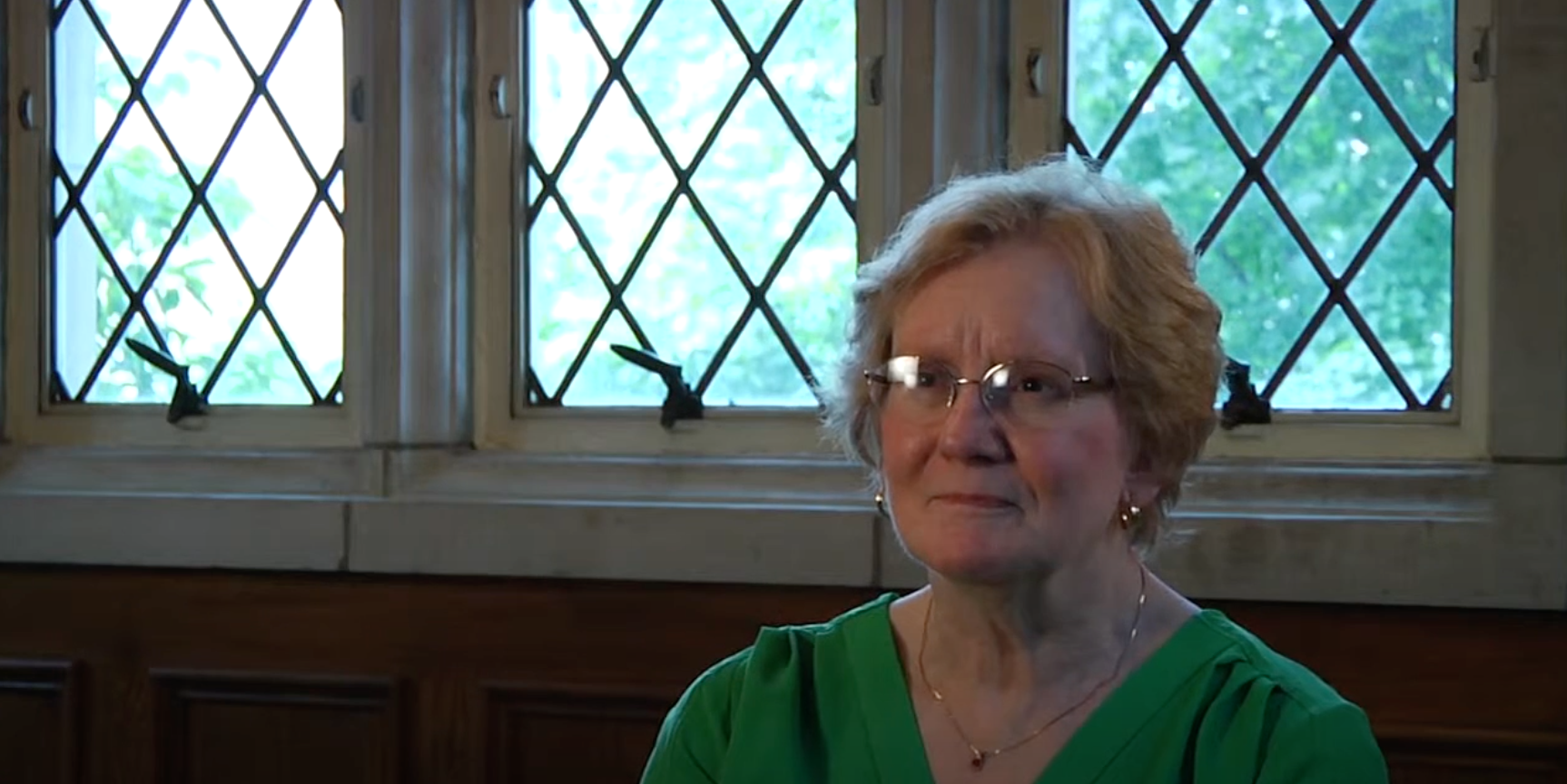 What drew Carolyn Burr to the Coalition

Carolyn Burr shares how she first got involved with the Student Health Coalition (SHC) and what about the organization spoke to her, framing it as an opportunity to live out her values for sociopolitical activism in a way that was… Continued 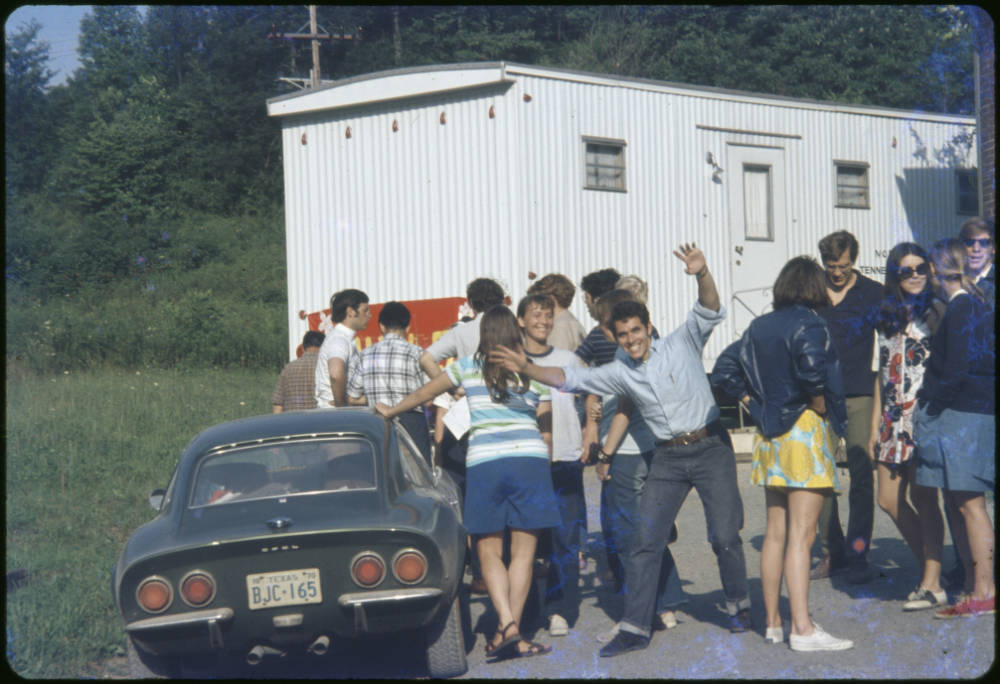 Reflections on the first generation of SHC community workers

Dick Burr and John Davis discuss the characteristic anger of the first generation of community organizers with the Student Health Coalition. They conclude that, albeit a driving force, this was sometimes counter-productive to the SHC mission.   Full footage of… Continued

[Story contributed by John Emmeus Davis, 2015] At one emotional pole of the Coalition experience was the gravity and ferocity of the organization’s founder, Bill Dow. He usually displayed little patience for peers whose personal commitment to the SHC’s Appalachian… Continued

Lunsford, Larry. “Second Health Fair In Progress.” Oak Ridger, 1971. View PDF. Transcription: A second “Health Fair” is currently in progress at the Briceville Elementary School in the Briceville Community west of Lake City. (It continues through Friday.) Sponsored by the Briceville… Continued

Contributed by John E. Davis, November 2019. The summer before his final year at the Vanderbilt Law School and during the summer and fall after his graduation, John Kennedy worked for the Student Health Coalition in 1971 and 1972. He… Continued