United Health Services of Kentucky and Tennessee was the official name chosen to describe a string of fledgling clinics in rural East Tennessee and Kentucky that came together in the early 1970s. Their collaboration represented a  ground-breaking strategy for strengthening rural health care: create a network of like-minded organizations from neighboring communities who could share resources and collaborate on fund raising in ways not easy to accomplish otherwise.  Communities in the consortium included White Oak, Clairfield, and Wynn Habersham in Tennessee and Frakes, just over the state line in southern Kentucky. Each clinic had its own local board of directors. An umbrella board of elected leaders provided oversight for the entity of United Health Services. They filed for incorporation in 1972. Bill Corr signed on as executive director in 1974.  The clinics were staffed each by a nurse practitioner, including Linda Hart at White Oak, as well as local residents who managed administrative, lab, and rudimentary pharmacy tasks. Dr. Jesse Walker provided medical coverage from his home office in Jellico. A dentist also provided services. 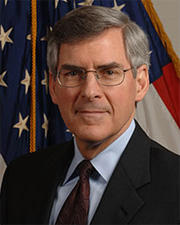 Contributed by Bill Corr, September 2015 I am forever indebted to the Vanderbilt Student Health Coalition because my involvement put me on a career path that has enriched my life and given me the opportunity to serve our nation’s health… Continued