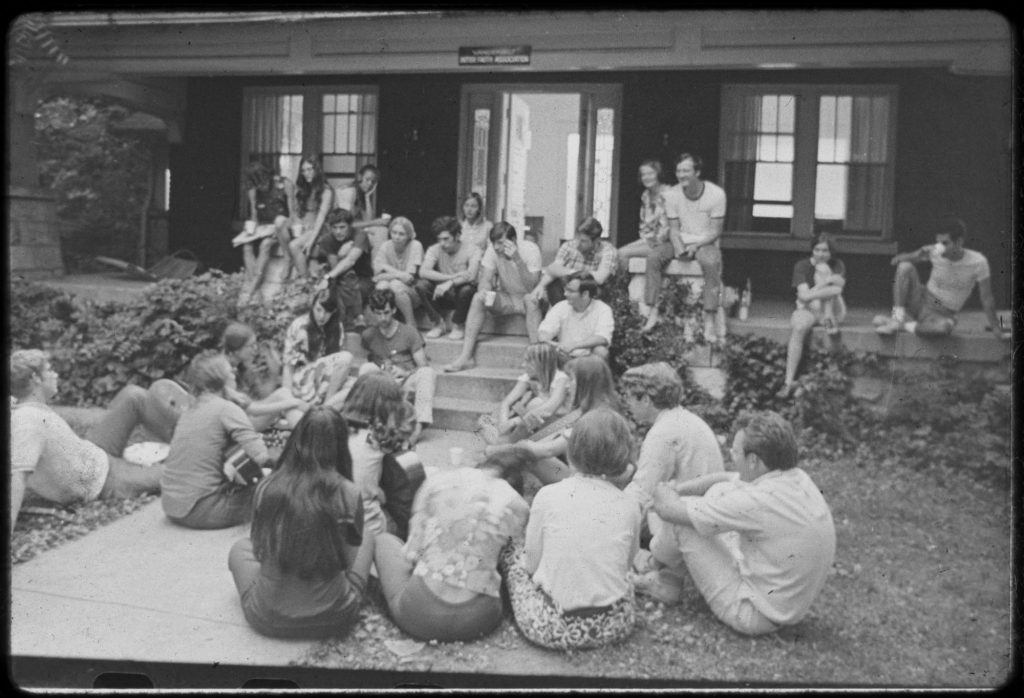 The origins of the Student Health Coalition can be traced to a conference in New York City convened by the Macy Foundation in October 1968. A few medical students from around the country had been invited to discuss how the radical student movement then challenging educational institutions’ priorities might have a transformative impact on medical schools as well. Could The Movement change the way that doctors and nurses were being prepared to practice? Could it become a catalyst for channelling providers into careers serving low-income people in places overlooked by the American health care system? It seems, in retrospect, like a bold move on the part of the Foundation.

The Student Health Coalition (SHC) was launched the following summer. A small team of nursing and medical students arranged to do free health screenings of children enrolled in Head Start in a rural town in middle Tennessee. There, after finding 75% of those children had serious dental caries, the students (famously) generated conflict with local public health officers when they started going door to door to provide fluoride applications for those children [listen to Bill Dow tell the Flouride Story here] . They left town quickly, moving on to East Tennessee to collaborate with a team of intrepid Catholic nuns who they had discovered were also working on issues of health care access. The nuns had been providing Health Fairs in Appalachia, modest events staged out of the trunks of their cars. The students built on that model, alongside the nuns, providing free physical examinations and other simple health screenings. Local community response was strong. The students returned to school in Nashville in the fall, determined to build on their experiences. By 1970, scores of students were engaged to provide health fairs in small coal mining towns throughout East Tennessee. They provided free exams and lab tests to whoever showed up at their events, set up in a local elementary school, community center, or clinic during a week-long health fair. After screening hundreds of men, women, and children, the students and doctors would pack up their equipment and travel to another low-income community, a cycle repeated six to ten times every summer for the next two decades.

The model of the health fairs became more robust as time passed. While the health fairs were moving from place to place, organizers realized they would need to provide followup to all the medical issues they were uncovering. Even during that first summer of 1970, a team of community workers were developed to help ensure proper medical followup. These followup workers would stay in one community for the entire summer. They, too, came from Vanderbilt University, but rather than medical or nursing students, they were liberal arts undergraduates, engineering, or law students. Two or three were assigned to each community. They worked with local residents to prepare for the health fair that was headed their way. And once the health fair left town, the students did what they could to help people find treatment for medical conditions detected by the health screenings. They stayed on to build local power around issues of health care. Their stated mission focused on improving quality of life in rural communities by empowering residents to take charge of their own health and welfare.

The activist context of the 60’s had much to do with the shape of the SHC political mission as it got started in 1969. The Civil Rights Movement had only just begun to celebrate the success of the civil rights legislation of 1964. LBJ had declared unconditional war on poverty just as the Coalition got its start. New federal programs like Head Start and food stamps were being built. LBJ’s less savory legacy of the war in Vietnam affected activism in a vigorous anti-war movement, nurtured on college campuses around the country. The risk of the draft for all young men flavored life with an immediacy hard to over-estimate.

The SHC reading list for those first summers reflects an awareness, if not quite an intellectual embrace, of contemporary political theorists. Saul Alinsky’s Rules for Radicals. Regis Debray’s Revolution in the Revolution. Ghandi. Martin Luther King, Jr.  Literature on the the Appalachian story was blossoming during those years, particularly as the War on Poverty took shape. “Appalachia,” as a NYTimes article described it 45 years later, “has supplied some of America’s iconic imagery of rural poverty since the Depression-era photos of Walker Evans.” Walker Evans’ Let Us Now Praise Famous Men was on the SHC reading list. So was Night Comes to the Cumberlands by Harry Caudill.

Far more than an expression of any particular political strategy, however, the work of the Coalition was, stated most simply, anti-establishment, with the emphasis on anti. Coalition projects were colored by a deep distrust of anyone in authority. The collaboration with a rural population long used to outsider status, rarely benefiting from the American Dream, provided for a perhaps inevitable marriage made in heaven between disaffected students and disaffected residents of the rural and inner city South.

After 1972, organizing initiated by SHC added new directions to their work with the creation of Save Our Cumberland Mountains (SOCM). Research done by a special projects team had documented the failure of corporate landowners in East Tennessee to pay taxes on lands rich in minerals and timber. Local residents challenged this historic pattern of inequitable taxation – and won. SOCM was formed to build on this win, tackling other problems afflicting Appalachian communities, including unregulated strip mining, corporate pollution of wells and streams, and insufficient revenue for schools, roads, and other services.

SHC’s community workers continued to seed and support local health councils, but much of their ancillary organizing in Appalachia after 1972 was directed at complementing the efforts of SOCM’s leaders and organizers in areas where this new multi-county organization was active.

On a parallel track, other SHC participants were working to expand the role and responsibilities of nurses. At the health fairs, nursing students performed physical examinations, a practice clearly illegal under existing nursing and medical law, with guidance by intrepid attending physicians. When those students returned to school in the Fall, they pushed against the boundaries of their profession’s traditional training, practice, and legal constraints. In 1972, at the instigation of nursing students, medical students, and doctors affiliated with the Student Health Coalition, Vanderbilt’s School of Nursing created one of the first programs in the country training nurse practitioners.

By 1974, the Coalition landscape had expanded into eastern Kentucky, western Tennessee, southwestern Virginia, and North Carolina. Students from other schools joined the SHC’s ranks in later years, including graduate students and undergraduates from Peabody, Yale, Notre Dame, Duke, Rutgers, University of the South, the University of Tennessee, and the University of Virginia.

The development of the Center for Health Services (CHS), beginning in 1972, marked the early efforts to institutionalize and sustain the work begun in 1969. The Center became a fixture at Vanderbilt for many more years, funneling grant monies and student interest in service to the underserved. For some, the move to institutionalize the Student Health Coalition marked the beginning of the end of an era as the organization took on more formal structures and oversight. For others, the promise of sustainability seemed like the right thing to do, and many new projects and directions ensued in the following decades. Whether students drifted on to other journeys, or stayed to build the Center, their commitment to the mission remained life-long: to comfort the afflicted, and afflict the comfortable.